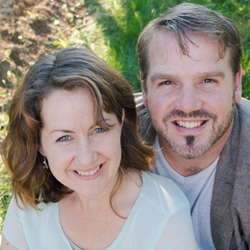 Cheree and I, with our 9-month-old daughter, moved from the USA to Cape Town in 2004 to plant a church. Although we had helped plant churches in other areas of the world, we were unprepared for the steep learning curve we faced in the developing nation of South Africa.

We had difficulty making personal contact with people. Frustrated, I started conversing with the security personnel at the development complex where we lived. One man was having marriage trouble. I prayed with him and shared some impressions that I sensed God showed me. A few days later, the man ran up to tell me that his wife had come back just like I had prayed.

“I am waiting for you to start a church so that I can come,” he said.

I asked, “Are you willing to have us come to your house and start a prayer meeting”? Our first small group started in a cramped apartment where four families were living in what was one of the roughest areas of inner city Cape Town.

We experienced God doing amazing things! We saw major answers to prayer! From that first house group, the church was birthed. We moved to a public hall when the apartment could no longer hold us. From there we launched seven cell groups.

About eighty people attend the church and we are planting a new church in Athlone. We have started a Bible school called Jeremiah Training Center and REACH School of Supernatural Ministry, which focuses on training believers in supernatural outreach and planting small groups that potentially become churches. We have seen God open amazing ministry opportunities as we reach out and He heals people who have been deaf and blind, those who have been in car accidents or suffer from pain and sickness.

Although we have made many mistakes, I will share some of those that turned into helpful learning experiences for us.

We excitedly look forward to see more churches planted through disciple making movements and to train and help others do the same.