The motto adopted by the US Army Corp of Engineers during World War II was as follows: The difficult we do immediately. The impossible takes a little longer. I wish I could say I approach the challenge of change this same way, but I don’t. When it comes to change, probably a lot of us feel the opposite to the resolve expressed in this motto. It seems difficult or impossible to make lasting change–and we don’t expect it to happen soon. We go on a diet, lose weight, and then gain it back again. Many people struggle all of their lives to change. According to most personality surveys, two-thirds of us don’t like change and even fear it.

When the Philistines witnessed first-hand the power of the God of Israel, did they acknowledge Him as Lord and submit to Him instead of Dagon? No. They got rid of the ark instead of bowing to God. The Philistines were so attached to their gods that they didn’t give them up, even when they were proven to be impotent. They grew up with these gods; they were familiar with them.

That makes me wonder what I am so attached to that I won’t give it up to change. What does it mean to be so attached to our stuff, even good things, that we will not give them up, even for something better? What are we so familiar with that it keeps us from changing? This is a little scary to consider.

If God wants us to change and we want to change too, we have to give it a chance. Last year as I was approaching 2020, I knew God was saying “All things new.” I didn’t know what that all meant but I did know it meant change was coming. So I started the year with a fast. The following is an excerpt from the book on fasting. This comes from the chapter titled Fasting Changes You.

In addition to increasing our capacity to receive from the Lord, fasting has a way of quieting all the background noise of life so we can tune into His voice. Jesus was answering a question about fasting when he said that new wineskins are needed for new wine. The new wine he spoke about is the fresh revelation, insight and direction that we can receive as we, the wineskins, are changed. Even a simple three day fast will stretch us and increase our capacity to receive more from God.

The Pharisees asked Jesus why his disciples were not fasting. His response was that there would be a time after he ascends to be with the Father that the disciples would fast. That time to fast is now. God changes us, the wineskin, so we can receive new wine. It brings revelation we need to change us and sometimes it is transformational revelation. We are the wineskins that need stretching so we can contain new wine. Fasting changes us.

What do we change?

I was in conversation with a friend of mine who had recently been confronted with some health issues. In fact, he had a mild heart attack. He knew he had to make some lifestyle changes. He and his wife had previously been involved in a ministry with addicts in New York where they constantly reinforced two things about change. The first was “don’t lie to yourself “and the second was “change people, places and things.” He applied these things he had previously taught addicts to himself. He was honest with himself about the need to change, and made those changes. He started changing the people he spent time with, the places he went and the things he possessed.

Change people, places and things? When I say “change people” we might think about not hanging out at the bowling alley with some riff-raff that are not a good spiritual influence on us. That could be the case, but perhaps God wants to bring people into our lives who will help us see something new, learn a new skill or mentor us in some way. Who are those people?

The same is true for the places we go. This does not necessarily mean we are going to bad places, but that there could be new places with new opportunities awaiting us.

What about things? Is something taking our time so we can’t spend it on the new thing God wants us to venture into? A few years ago, we owned part of a business. God told us to sell our shares in the business. It was hard because I liked the business. I was attached to it. This is the nature of things: they are easy to acquire but hard to get rid of because we get emotionally attached to them.

Remember the US Army Corp of Engineers motto? Let’s act immediately. It might be difficult, but I urge you to initiate a three-day or five-day fast. You can give up all food and drink juices, or just give up certain foods. Whatever fast you decide on should involve sacrifice for you. Get a tablet, either paper or electronic, and write the following four questions on it with space for answers. Ask God to show you what to change in answer to each question. After your fast, tell someone who will hold you accountable the things you want to change.

What self talk do I need to change?

What people do I need to change?

What places do I need to change?

What things do I need to change? 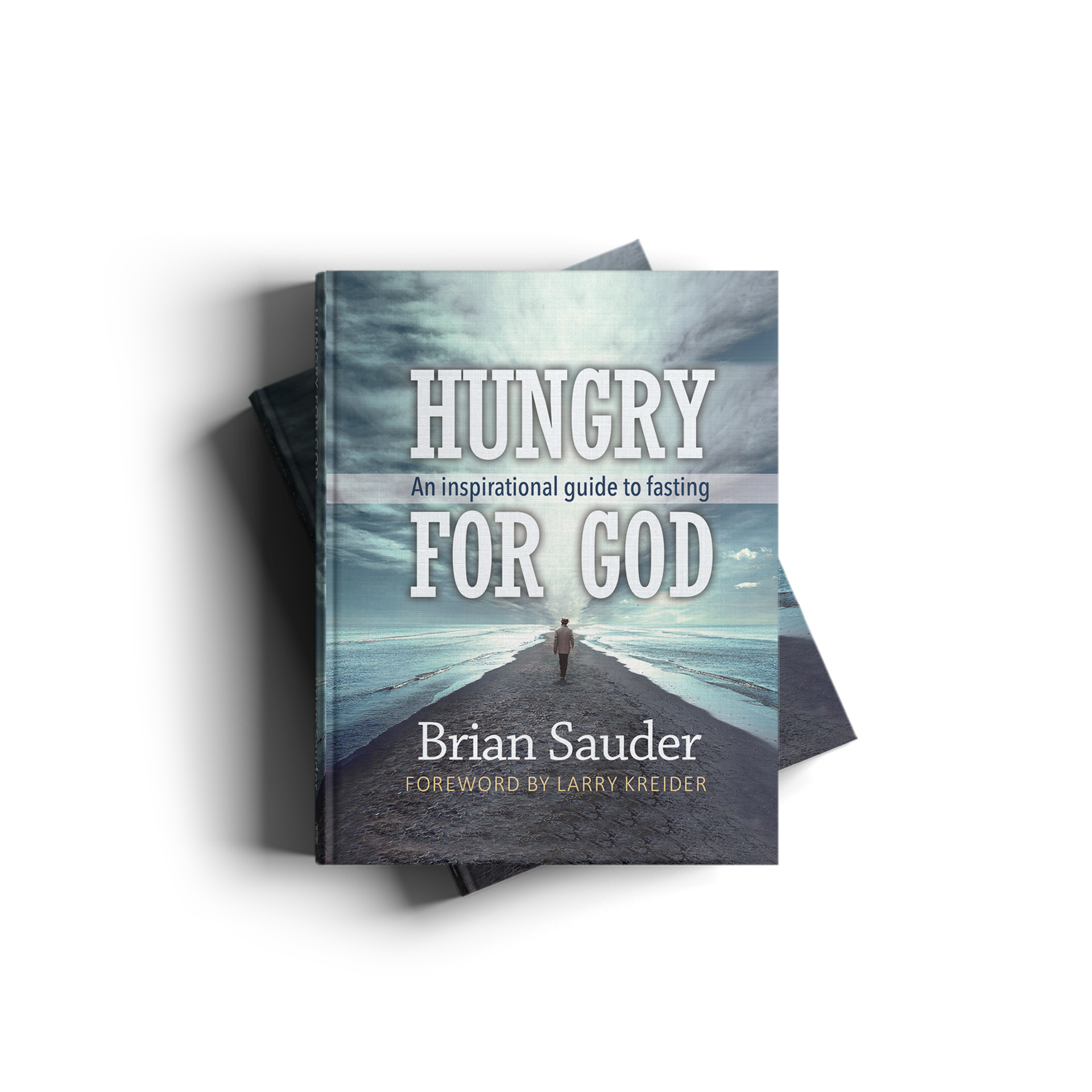 To learn more about fasting, check out Brian’s book: Hungry For God →

Brian has been training leaders for 25 years as the director of leadership training for DOVE International. Brian also serves as a member of the DOVE International Apostolic Council and leads the DOVE Canada Apostolic Council. Brian is a prophetic teacher who loves to see people find their gifts and the courage to use them to minister in the church and the marketplace. He writes training resources and books. Read more about Brian or read his blog.

Photo by J’Waye Covington on Unsplash